014: Auction Processes – Get the Highest Price

In this episode, Gina Cocking and Jeff Guylay discuss the different types of auction processes we use in a sale transaction, including a negotiated deal, a small process, a targeted auction, and a broad auction.

Gina and Jeff talk about each approach’s pros and cons and why Colonnade advises clients on selecting one versus the other, recognizing that each situation is unique and calls for a customized approach to the market.

This episode concludes with a case study of a negotiated process, a broad auction, and a hybrid between a small and targeted auction.

In this episode, Colonnade Advisors addresses the following questions as related to the different types of auction processes:

What are the four primary types of auction processes that Colonnade uses when helping clients sell their business? (01:52)

Gina: “There are four general categories, ranging from the smallest audience to the largest. A negotiated deal involves one bidder. A small auction process generally involves two to five bidders. A targeted auction involves the most likely universe of buyers, ranging from six to 20. Lastly, a broad auction involves contacting a large universe of potential buyers, over 20 parties. There are pros and cons to each of these types of auctions.”

Jeff: “Broad auction is all about market discovery. All four types of auctions involve competition and market discovery, but a broad auction involves unturning every stone, looking under every nook and cranny, and finding that needle in a haystack that you wouldn’t have thought about otherwise.”

How do we get to the highest value and best outcome with a negotiated auction? (05:14)

Gina: “With a negotiated auction, there is one buyer, so there is the risk of no competition. The buyer could decide to change the price or walk away at any time. One tactic that we use is creating a credible threat. As the seller’s advisor, we work in the background on creating materials to go to broader auction, if necessary. That is the credible threat: if the deal has a misstep at any point, the buyer knows that we can immediately go to market and get full market discovery.”

Jeff: “Some sellers do not want to go through a broad auction, so they are willing to get a slightly lower price for the benefit of only dealing with one buyer. In addition to pricing, deal momentum and getting a deal done are also critical. “

What are the benefits of running a small process? (08:01)

What types of buyers are generally in a small process and targeted auction? (10:46)

Jeff: “A small process is almost always largely comprised of strategics. There is probably a mix of strategics in a targeted auction, maybe have half a dozen strategics and ten private equity firms. That sort of universe can generate meaningful competition.”

What are the trade-offs between a small process and a targeted auction? (11:27)

Jeff: “The workload for a small process and a targeted auction is probably the same, but the seller does lose a little bit of a grip on confidentiality because they are talking to 20 parties instead of two.”

What is one of the drawbacks of starting with a small group of buyers? (12:17)

Jeff: “One of the drawbacks of starting with a small group of buyers in a negotiated deal, small process, or the targeted auction is that it is sometimes challenging, depending on how far along you are in the process, to switch to a broader auction. Sellers have to carefully select the appropriate process upfront.”

What are the considerations for doing a broad auction? (14:04)

Gina: “The most important reason to do a broad auction is full market price discovery.”

What is Colonnade’s approach to assessing the buyer universe? (14:30)

Gina: “Colonnade focuses on specific industries in business services and financial services and the intersection between those two, so we know the private equity universe and strategic buyers in these industries.”

Does a broad auction require more work for the seller? (15:30)

Jeff: “A broad auction does not mean that our clients have to do more work than in a targeted auction. All the materials that we put together are the same. We still have to go through rigorous due diligence, putting the book together, building the financial model, and making sure that the story ties out.”

Jeff: “We create a curated list of buyers, which is approved by our seller clients, and we approach this broad group with a no-name teaser. We contact this broad group and find out the conversations they are having internally and determine whether there is a fit. Sometimes the most obvious top five names are not interested, so it is good that we went to a broader universe. Our team goes through the list on a no-name basis, then under a non-disclosure agreement with specifics. We work the funnel down through indications of interest, management meetings, final bids, and down to the winner.”

Is there confidentiality risk in a broad auction when reaching out to 100 or more potential buyers?  (17:25)

Gina: “The 100 or more potential buyers do not all get the information. In the funnel, the 100 or more get the teaser and NDA on a no-names basis. Then at the next stage in the funnel, after the execution of an NDA, some subset will get the confidential information memorandum, which has a lot of information, but it still is limited. The next subset gives us an indication of interest letter, and we will invite them into the next stage, in which they then have access to a limited data room and perhaps a management meeting. Only that final buyer in exclusivity has access to what can be considered the company’s trade secrets and have access to the contracts, etc.”

Jeff: “TD Bank was selling a national commercial finance business to Wells Fargo. TD Bank hired Colonnade after they started talking about price. Colonnade’s role was negotiating the deal and giving TD confidence that they were getting a fair price and what valuation should be in a broader process—creating a credible threat. We worked diligently to negotiate the deal with Wells Fargo and put a book together so that we were ready to go to market if needed. We had the 40 logical names ready to be contacted at any minute if the deal with Wells Fargo failed, and Wells Fargo knew it too. To Well Fargo’s credit, they came through and offered a fair price and came through on the timing and offered a great platform for the team.”

Gina: “Last year, Colonnade advised Smart AutoCare on its sale to Fortegra, a Tiptree subsidiary. We started with over 100 potential buyers in a broad auction. We received eleven indications of interest, so it was a very robust auction, and we had great price discovery. At the time, we did not go to Tiptree because Fortegra was a supplier to the company. We had three or four LOIs, and we went forward with the winning bidder, and it was a great price. We ended up pivoting away from that buyer because the business owner felt that the private equity firm did not understand his business, so we went to Tiptree. We were able to negotiate a transaction with Tiptree and successfully close. It was a fantastic result.”

Can you give an example of a hybrid between a small process and a targeted auction? (22:37)

Jeff: “A few years ago, we advised ADG on its sale to APCO. APCO had approached ADG and its private equity owner and made an offer. ADG hired Colonnade to run a small process or a targeted auction to the obvious buyers. There were many potential buyers, but we narrowed it to a list of 15 and worked that list to generate competition and drive up the price and terms. APCO, who had essentially triggered the auction, was ultimately the winner, and they paid market price and terms. It was a great outcome for the team.”

How do sellers determine which auction process is the best option for selling their businesses? (24:16)

Jeff: “Each situation is unique, and it depends on lots of different circumstances. It is all part of the pre-planning process that we work with our clients to think about what’s going to get the best outcome based on their objectives.” 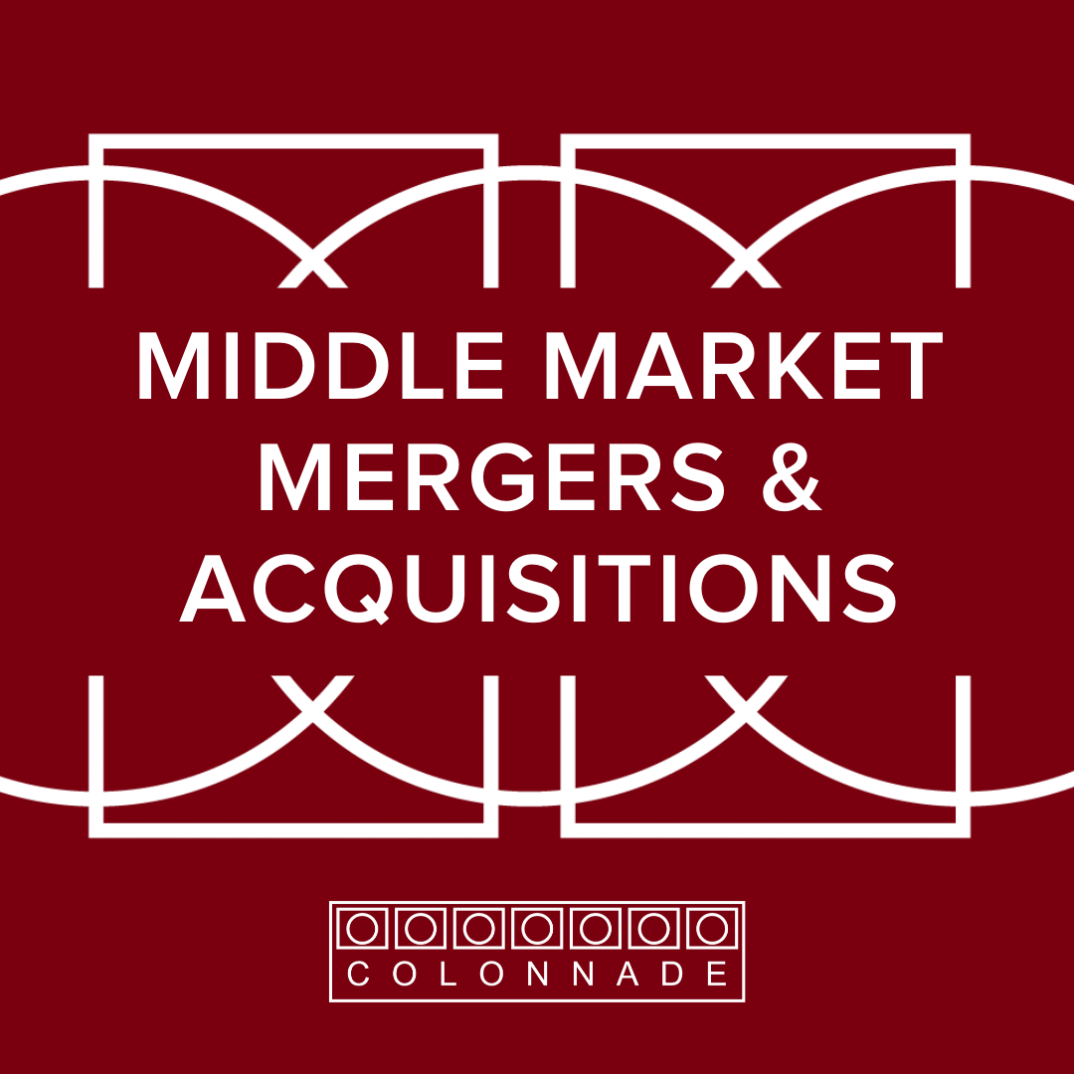